What you should know about pregnancy after 40 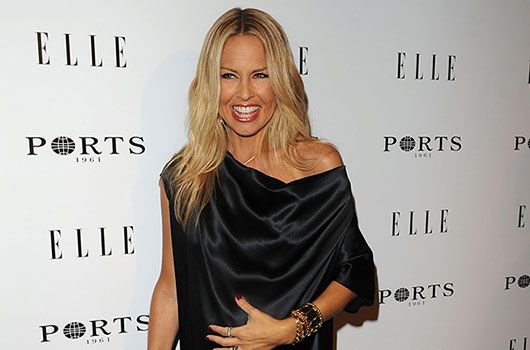 Whether you were building your career, searching for the right guy, or just weren’t ready to start a family until now, you’re definitely not alone. The birth rate for women ages 40 to 44 increased by 3 percent from 2008 to 2009, the most recent year for which data is available, which is the highest jump since the late ’60s, according to the CDC.

While waiting makes good sense both financially and emotionally, you’ve likely experienced or considered the reality during hours of poring over Google search results: Your eggs simply aren’t as plentiful or healthy as they were 20 years ago. “Most women in their early and mid-40s do fine being pregnant,” says Jeffrey M. Goldberg, M.D., professor and head of reproductive endocrinology and infertility at the Cleveland Clinic Department of Obstetrics and Gynecology. “The problem is getting pregnant—and staying pregnant—with a healthy baby.” That said, baby-making is still a real possibility in this decade. Here’s what the latest science reveals.

1. Here are the real numbers.

Women over 40 have less than a 5-percent chance of getting pregnant naturally during any given reproductive cycle, according to the American Society for Reproductive Medicine. With the use of In Vitro Fertilization (IVF), the success rate rises to between 6 and 10 percent, finds the American Pregnancy Association.

Related: The Fashion Girl’s Guide to Dressing While Pregnant

2. If you do get pregnant, it may not be with your own eggs.

We can blame Hollywood for this misconception. “Older pregnant celebs often don’t ‘fess up to using eggs donated from a younger woman,” says Goldberg. Sure, some 40-something women have success with their own eggs, but it’s not the norm, particularly if you’re getting fertility treatments. A study in the journal Fertility and Sterility found that 40-year-old women treated for infertility have only a 25-percent chance of getting pregnant with their own eggs. By age 43, that number drops to 10 percent, and at 44, it’s only 1.6 percent.

3. A healthy weight can make a big difference.

Yet another reason to stay—or get—in shape: In a recent study of more than 53,000 women, those over 40 who were at a healthy weight when they conceived lowered their risk for Caesarean section, premature birth, low birth-weight, and gestational diabetes, which is particularly common in older pregnant women, says Goldberg.

4. Your odds of miscarriage are higher.

As eggs age, they’re more likely to develop genetic abnormalities that prevent a fetus from growing to full-term, says Mark Surrey, M.D., medical director of the Southern California Reproductive Center. Many miscarriages happen because the baby would not have been born healthy, and, sadly, there’s no amount of prenatal vitamins—or desire for a child—that can prevent the heartbreaking event. And, once again, every passing year makes a difference: Harvard Medical School researchers found among those who underwent IVF a miscarriage rate of 24 percent for 40-year-olds, 38 percent for 43-year-olds, and 54 percent for 44-year-olds.

Related: Would You Get The Selective Reduction Fertility Treatment?

5. The age of the father matters too.

Older men are often patted on the back for their virility—Tony Randall was 77, after all, when he passed out the cigars—but their fertility also declines over time. A study in the journal Nature found higher rates of genetic defects such as autism and schizophrenia in babies fathered by older men, since sperm quality deteriorates with age. So if your hubby’s a silver fox, it’s something to keep in mind when planning a family.

“Most women aren’t aware of this, so I always keep a box of tissues on my desk when I tell them,” says Goldberg. Although getting pregnant with no help from artificial insemination or IVF is the least likely of the three methods to result in pregnancy, the success rates by any means decrease to single digits as women get older. If you’re over 40 with regular monthly menstrual cycles, try getting pregnant the natural way for six months—younger women are usually advised to wait a year—before seeking fertility treatments. However, if your period is irregular, see a doctor right away. And if you do end up in an M.D.’s office, expect to undergo standard tests, like checks for fibroids in the uterus and fallopian tubes. You doc may also prescribe drugs such as Clomid or Femara, which help release eggs. Goldberg says three cycles of insemination, which put sperm closer to where they need to be at the time of ovulation, are generally called for before IVF is discussed.

Related: When Should I Have a Baby?

7. There are many ways to get eggs.

If your own aren’t panning out, you still have lots of options, like using a known donor—often a friend or family member—going through an egg-donor agency, or soliciting candidates by putting an ad in a local college newspaper. But there have also been a lot of advancements in egg-freezing technology (by which you choose an egg as opposed to an egg donor) in just the last two years. “Labs around the world have recently refined the technique of egg-freezing to achieve pregnancy rates with frozen and thawed eggs that are comparable to those with fresh eggs,” says Goldberg. He believes that it will soon become common for couples to go to an egg bank, select a donor, have the eggs shipped to their doctor’s office, and use them to make a baby.

8. Genetic testing of embryos improves the odds of IVF success.

With new technology, fertility docs test embryos prior to implantation, allowing them to select the healthiest ones and increase your odds of a successful pregnancy. “We recently published data that found that selective transfer of embryos resulted in pregnancy rates that were not much different between younger women and those up to age 42,” says Surrey, who coauthored the study. This suggests that this new type of fertility treatment might be more successful for older women. “If you use technology to select the healthiest embryos, you have a very good chance of having a successful pregnancy.”

9. Being wrinkle-free won’t do much good.

Alas, you can’t fool Mother Nature—even if you can pass for a decade younger than you actually are. “It’s the genetic content of embryos and the mother’s age, not her physical health, that determine fertility,” says Surrey. That said, some supplements may boost the eggs you still have left. DHEA, which you can buy over-the-counter at any pharmacy, has been shown to improve the odds of conceiving for those struggling with infertility. “Co Q10 may have a similar potential benefit,” says Surrey.

10. You may want to skip the midwife or home birth.

It may sound more relaxing and natural than checking into the hospital, but the older you are, the higher your risk of complications like diabetes, hypertension, and other potentially dangerous situations that need to be monitored carefully. “Natural deliveries may not always be appropriate for older women,” says Surrey. “I suggest they be screened for these problems, and seriously consider traditional medical care during their pregnancies.” If a home birth is extremely important to you, hammer out a detailed plan B with your doula or midwife in case you run into any complications at go-time.