Breast Milk Is Good for the Brain, Scans Show 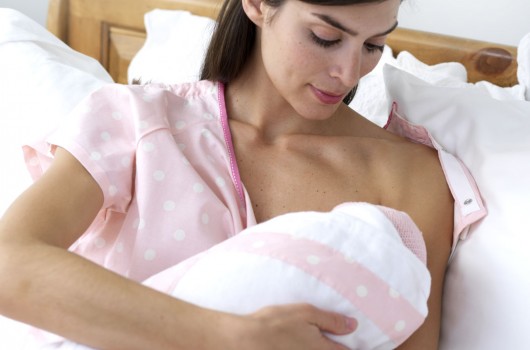 Written By NICHOLAS BAKALAR at the New York Times

Researchers using magnetic resonance imaging have added to the evidence that breast-feeding leads to increased rates of brain development in infants.

The study, published online in NeuroImage, found that compared with babies who received formula, breast-fed infants had increased development in white matter regions of the brain, including areas associated with planning, social and emotional functioning, motor ability and language. The differences were linked to better performance on tests of motor development and visual acuity.

The scientists studied 133 healthy children ages 10 months through 4 years in three groups: exclusively breast-fed, exclusively formula-fed, and those fed a combination of formula and breast milk. All had uncomplicated healthy births, with no neurological disorders or family history of psychiatric disorders. The groups were matched for maternal education and socioeconomic status, birth weight, length of gestation and maternal age. The more breast milk and the less formula the babies had, the greater the increases.

“I’m not saying if you didn’t breast-feed, you’re doomed,” said the lead author, Sean C. L. Deoni, an assistant professor of engineering at Brown University. “We couldn’t control for things like how much interaction a kid has with his parents, what kind of learning environment he lives in, and so on. There are a lot of factors that go into making a successful adult.”