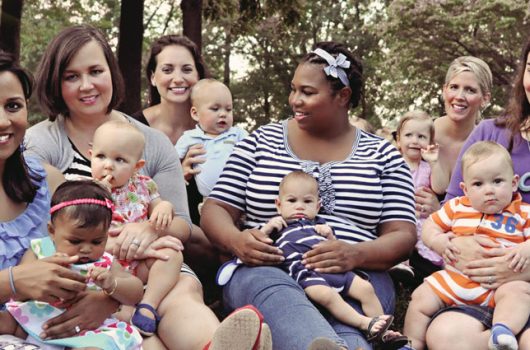 Washington, DC — Although most women in the United States initiate breastfeeding, more than half wean earlier than they desire and fall short of their personal goals. Recognizing the prominent role obstetrician-gynecologists can play in helping women reach their breastfeeding goals, the American College of Obstetricians and Gynecologists (ACOG) released a revised Committee Opinion, “Optimizing Support for Breastfeeding as Part of Obstetric Practice,” to educate providers on how to support women in making breastfeeding decisions; how to act as resources for breastfeeding women; and how to provide women with high-quality, evidence-based support.

Breastfeeding and lactation are a core part of reproductive health care and ob-gyns are uniquely positioned to enable women to achieve their infant feeding goals due to their expertise in women’s health and as advocates for women.

ACOG recommends exclusive breastfeeding for the first 6 months of life, or longer as mutually desired by mother and baby. Continued breastfeeding as complementary foods are introduced through the first year of life, or longer, is also recommended. ACOG recommendations are consistent with those of many other medical and nursing organizations, such as the American Academy of Pediatrics; the Association of Women’s Health, Obstetric and Neonatal Nurses; and the World Health Organization.

“Moms deserve better support, and obstetric providers can and must help, both by assisting their patients and by advocating for policies and practices that enable women to achieve their goals,” stated Alison Stuebe, MD, lead author of the Committee Opinion.

Conversations about breastfeeding should start early in pregnancy, the revised Opinion states. A breastfeeding history should be obtained as part of prenatal care and any concerns or risk factors for breastfeeding should be communicated to the infant’s provider. However, all providers should respect and support a woman’s informed decision whether to initiate or continue breastfeeding as each woman is uniquely qualified to decide which feeding option is best for herself and her infant.

The Committee Opinion also clarifies ACOG’s position on breastfeeding in the community. The College supports policies that protect the right of the woman and her child to breastfeed. Paid maternity leave, on-site childcare, break time, and a location other than a bathroom for expressing milk are essential to sustaining breastfeeding.