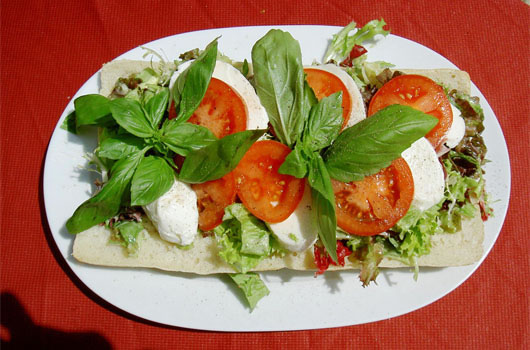 Written by: By Kathleen Doheny from HealthDay

“Women with healthier dietary patterns at midlife were 40 percent more likely to survive to age 70 or over,” said lead researcher Cecilia Samieri, a postdoctoral fellow who conducted the study while at Harvard Medical School and Brigham and Women’s Hospital in Boston. She is now a researcher at INSERM and Universite de Bordeaux, in France. INSERM is the French equivalent of the U.S. National Institutes of Health.

The women who ate healthier not only lived longer, but they also thrived. They were less likely to have any major chronic diseases and more likely to have no impairment in physical functioning, mental health or thinking skills. The research did not, however, prove a cause-and-effect link between better eating and longer life.

Samieri said she considers the 40 percent boost substantial. Those who closely followed the Mediterranean diet were more likely to live past age 70 without heart disease, diabetes or other chronic diseases. They also were more likely to be classified as “healthy agers” than those who didn’t follow the diets closely or at all. However, Samieri said, “only 11 percent of our participants were classified as healthy agers overall.”

For the study, Samieri and her colleagues evaluated the diet and medical records of more than 10,000 women who participated in the much larger Nurses’ Health Study. The women were in their late 50s or early 60s between 1984 and 1986, and were free of major chronic diseases. About 15 years later, they again provided information on their diet and their health.

Although the study did not look at men, Samieri said, previous studies on diet and healthy aging have found no gender differences, “so it seems reasonable to believe that the benefit would be similar.” She added, however, that the assumption remains to be proven.

Although Samieri did not study the effect of how long someone was on a diet, she said adopting it earlier rather than later is probably better.

What’s the key to the diet seeming to give more years? Samieri said the analysis suggests that the overall healthy diet patterns had a greater impact rather than any individual food.

Other studies also have found that healthy diets such as the Mediterranean diet are linked to better long-term health, but this new study is only observational, said Connie Diekman, director of university nutrition at Washington University in St. Louis. That means “cause and effect cannot be conclusively linked,” said Diekman, former president of the Academy of Nutrition and Dietetics.

Among the other limitations of the study, she said, is that the researchers looked at only two food questionnaires during the study period, providing a far from thorough look at actual eating habits.

Diekman said, however, that there are plenty of reasons to promote better diets such as the Mediterranean.

“We know that healthier behaviors in women, and men, become a pattern, and thus a lifestyle that promotes health,” she said.